Asylum Law Moot Court Competition has now been taking place for nearly ten years in the Czech Republic and Slovakia. In the simulated court proceedings the students have a chance to practice their legal argumentation and deepen knowledge gained during their study. They create a strategy of the case, train their presentation skills and learn the much needed cooperation in the team. This year's competition took place thanks to the financial support of UNHCR and was organized by the Faculty of Law of the Masaryk University in Brno. 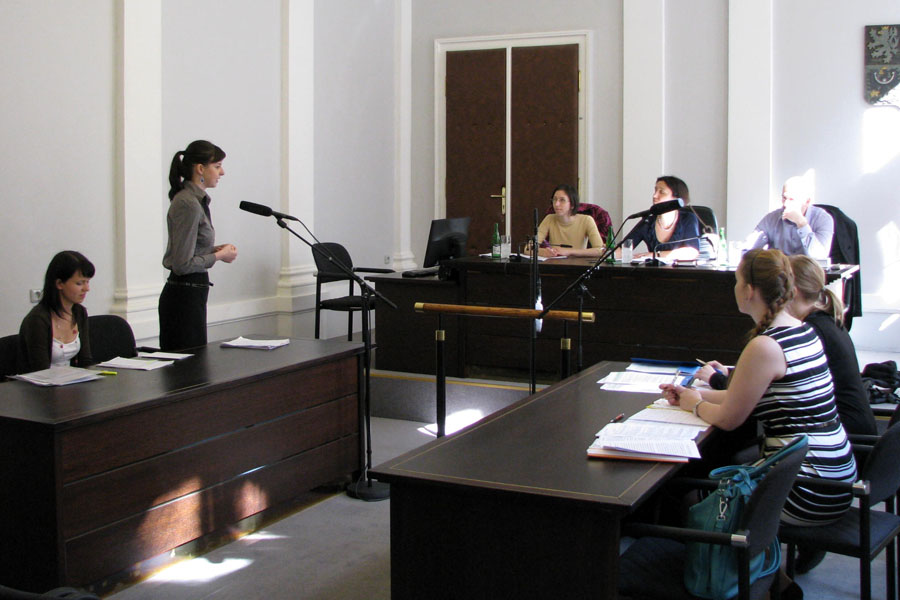 The moot case was based on application of the exclusion clause in the refugee definition under Article 1Fc) of the Geneva Convention. The applicant - a refugee from Cuba - has been serving as a vice-director in Cuba's prison for a couple of years and before that cooperated with secret police as an informer. However, after infiltrating the opposition group and meeting with leaders of the dissent he started to change his perspectives and joined the dissent. He started to help the political prisoners detained in his prison and participated in opposition activities. Eventually, the secret police learned about his pro-opposition activities and brutally interrogated him. This combined with a crackdown on other members of the opposition group forced him to flee the country and seek international protection in Europe. The students thus had to cope with a very complicated context of the case and many aspects of international law brought about by the application of exclusion clauses. 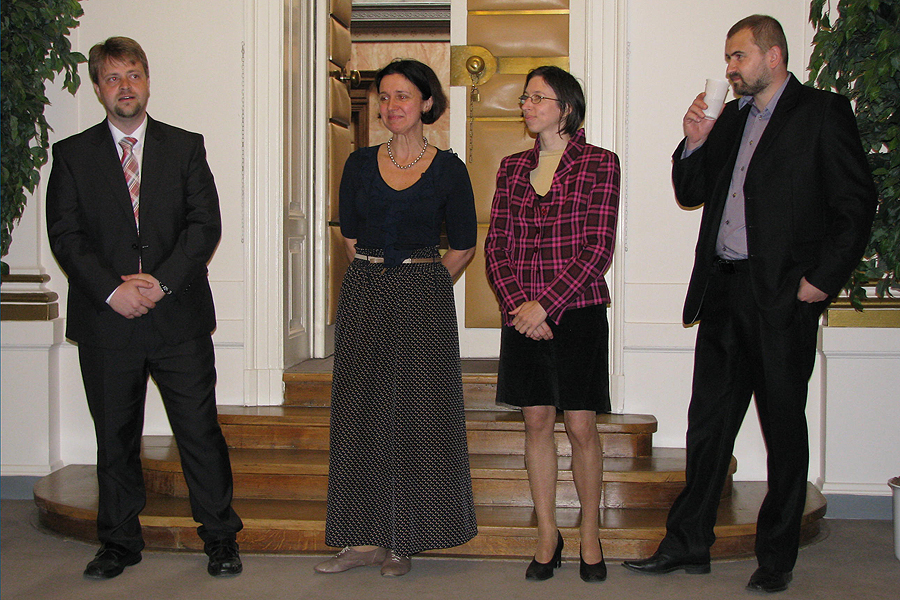 From the beginning of March until the end of April the teams had two months to work on their written memorials on behalf of both the applicant and the state. Then they had time to prepare for an oral round of the competition which took place on 10 May 2013 at the premises of the Czech Constitutional Court in Brno. During the oral round, each team appeared before the judges on behalf of either the state or the applicant (the party which they drew). Based on their performance in both the written and oral round, two finalists were announced who competed against each other in the finals.

There were different judges in the written and oral round which made the evaluation of student's performance more objective. All of the judges are leading experts in the field of migration and refugee law in the Czech Republic and Slovakia, some of them having an NGO background, others working in judiciary and some having career in the academia. Each of the written memorials was evaluated by two judges. In total, there were five judges for the oral round: JUDr. Katarína Šmigová, Ph.D., LL.M. (assistant professor at Pan-European University, Bratislava), Mgr. David Kryska, Ph.D. (assistant professor at Charles University, Prague), Mgr. Věra Pazderová (assistant of the judge at Supreme Administrative Court), Mgr. Jan Juránek (lawyer in SOZE NGO) and Mgr. Barbora Meššová (formely Human Rights League and UNHCR, Slovakia). The bench for the oral round was composed of three judges: JUDr. Kateřina Šimáčková, Ph.D. (judge at the Supreme Administrative Court), JUDr. Pavel Pořízek, Ph.D. (Head of the Office of the Public Defender of Rights) and Mgr. Hana Lupačová (assistant of the judge at Supreme Administrative Court).

The overall level of student's knowledge of law and their ability to come up with both relevant and creative arguments was very high and was repeatedly praised by the judges during the course of the competition. This, combined with the magnificent premises of the Czech Constitutional Court, made the oral round a memorable experience. However, the participation in the Asylum Law Moot Court 2013 was not only an enriching professional experience which boosted the student's interest in asylum law. It also provided them with an opportunity to meet and network with colleagues from other universities who share the similar interest in human rights and protection of refugees, which is equally important.